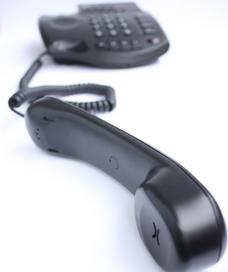 The sound of a chirping cricket coming from Katie’s purse was not a cricket at all. It was the ringtone from Katie’s phone indicating her sister was calling at the most inopportune time, as usual. It was as if her sister Jeni had a sixth sense to know precisely when Katie had her hands full. Literally.

Katie loved her sister dearly but at the moment she was in a bit of a rush. The market was super crowded today with shoppers here, there, and everywhere. It was Katie’s least favorite environment being surrounded by so many thoughtless and selfish humans, but she was plumb out of food and Dean was coming over for dinner tonight.

Katie was in the middle of unloading all her groceries onto the conveyor belt at the grocery store when her phone had started ringing and vibrating all at the same time, as if sending a double warning that she better answer her phone now. Her sister was kind of demanding in that way and strangely enough, the phone knew it. It chirped so loudly that other people in the store started looking for crickets. Katie ignored the phone and figured she would call Jeni back later.

Once through the checkout, Katie hastily pushed her cart full of bagged groceries into the parking lot before pulling out her phone. Wanting to get the phone call over with before she got home and started cooking for her date tonight, Katie quickly called Jeni back.

“Hey, what’s up?” Katie asked, phone tucked carefully between her shoulder and ear. She hadn’t even been on the call for more than three seconds and her neck was already starting to cramp from the awkward position.

“So, I wanted to let you know that Ryan and I are having a cookout tomorrow if you and Dean would like to come.” Jeni was always very relaxed and casual when she talked on the phone. Katie, on the other hand, was always in a rush, even if she wasn’t in a rush. It was just her personality.

But today she was actually in a rush.

“Sounds good. I’ll ask Dean tonight when I see him, ok?” she panted her answer, hoping Jeni would get the hint she was kind of busy right now.

“That’s fine. I’m asking mom and dad if they want to come, too,” Jeni added.

“Perfect,” Katie replied, short and sweet. She always loved when the family got together at Jeni’s house for cookouts. It felt like old times when her parents would come over and eat with them, regardless of whose house they were meeting.

“I also thought that we could talk about our family vacation we wanted to do this year,” Jeni continued.

“Ok,” Katie responded as she fumbled with the car keys. She triple clicked the unlock button as she approached her car. The battery in her keyless entry has been slowly dying since it usually never fully unlocked the car until she was right next to it. Hopefully, she would never be mugged or chased when leaving a store. Her car was probably the least safest place to run to since it hardly unlocked in a timely fashion.

“I’ve been looking up places to go,” Jeni casually continued as Katie pulled on the car handle.

Dang it! She thought to herself. Maybe the battery had completely failed. The door refused to unlock.

Jeni, oblivious to what was happening in the parking lot continued on about vacation rentals and places they could visit while at their destination. Katie only heard about a sixteenth of what her sister was saying as she continued to hit the unlock button and try the car again and again.

“Ma’am,” Katie heard a stranger call. “Your cart is rolling down the parking lot,” the kind stranger gestured down the row of cars.

“Shoot!” Katie said, tearing off after her runaway cart. “Jeni,” she said to her sister who was still carrying on and on about vacation. “Can I call you back? My cart just rolled away.”

“Your cart? Katie, where are you?”

“I’m at the grocery store trying to unlock my car and put the groceries away, but my cart just took off without me.” Slightly embarrassed at how she must have looked running after her rouge cart, Katie had to chuckle to herself. She grabbed the cart and pushed it back to her car.

“Oh, can you pick up some chips for the cookout tomorrow?” Jeni asked. Katie rolled her eyes. There was no way she was going back in that store anytime soon.

“Sure,” was her short reply. “We can catch up on vacation talk tomorrow, ok?”

“That’s fine,” Jeni said, still not sensing her sister’s urgency to get off the phone. “By the way, I asked dad if he wanted to go down to South Carolina next week to visit Auntie, so hopefully we’ll be able to do that for a couple days.”

By this time, Katie had decided if she didn’t reply maybe her sister would get the hint that she was too busy to carry on this conversation. Katie made her way back to her car before realizing the car she was trying to get into this whole time wasn’t even her car at all. She gasped and quickly looked around, hoping the owner of the car wasn’t nearby.

“Um, Jeni, I really need to go. I just tried getting into someone else's car.”

“Someone else’s car? What do you mean?” Jeni calmly asked.

“I mean I literally have been tugging on the handle of a car that looks exactly like mine but isn’t.” Katie frantically looked around the crowded parking lot for her car.

“I don’t know how you can’t recognize your own car,” Jeni gently scolded.

“Well, let’s see,” Katie started to fume. “I just spent a half hour in an overcrowded grocery store, in talking to you I got distracted and tried to get in someone else’s car all the while my cart with all my groceries decided to find it’s own way home.” Katie took a deep breath.

“Did you find your car?” Jeni asked.

Katie looked around and finally spotted her car two rows over, power walking as quickly as she could without getting run over by all the parking lot traffic.

Jeni sat quietly on the other end of the phone, patiently waiting for her sister to respond.

“Good. See, that wasn’t so bad. So anyway, we’ll be leaving on Saturday for South Carolina so if you could look after my plants and water them if they look droopy that would be great.”

“Oh my gosh, Jeni,” Katie started but quickly stopped. She knew her sister wasn’t doing anything but having a casual conversation, but this was not the time or place.

“Nothing, Jen. Listen, I’ll pick up chips for tomorrow and we can talk all about our family vacation, and then you can make a list of all the things I need to look after while you and dad are in South Carolina. Sound good?”

“Great, then I’ll see you tomorrow!” Katie pulled out her most chipper voice to end the call.